Cancer surgery by Indian-origin doctor to air on UK TV

A surgery performed by an Indian-origin doctor will be aired live on UK TV channel for the first time. This is to highlight the positive impact of research on cancer treatment.

The one-and- a-half- minute TV ad will demonstrate an operation to remove two bowel polyps inside the patient Philip McSparron. 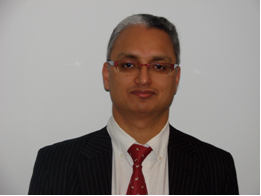 Dr Sunil Dolwani will perform the surgery at the Cardiff and Vale University hospital in the UK. Photo courtesy: The Vale Hospital

The surgery will be performed by Dr Sunil Dolwani at the Cardiff and Vale University hospital in the UK. He will also give a running commentary during the surgery.

Philip McSparron readily agreed to telecast his surgical procedure claiming that it would show people that cancer screenings are 'not something to be frightened of'.

"Hopefully people will be interested in seeing the live footage and it will encourage them to be more willing to talk about cancer and think about taking up regular screening," he said.

The video will also be streamed simultaneously on Facebook with a cancer nurse to take questions by social media users.