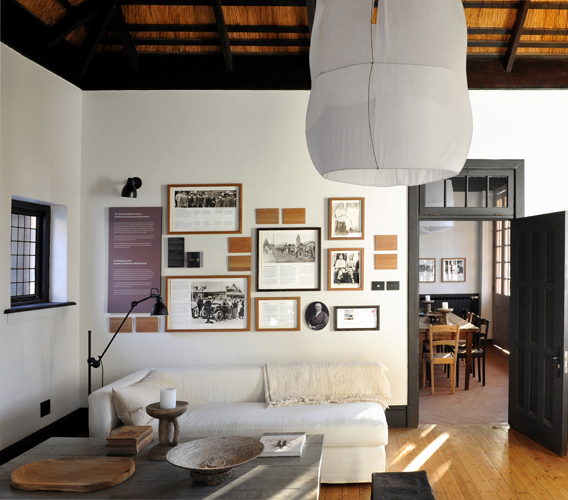 Satyagraha House is a museum opened in a residence used by Gandhi. Photo courtesy: satyagrahahouse.com

Satyagraha House, a museum and guest house adapted from a house where Gandhi lived during his tenure in the city at the turn of the 19th century, joined luxury African brand Yswara to create its own bespoke wellness tea blend.

“Our products are a symbol of the ingenuity and traditions of the African people and our brand and the company ethos resonates strongly with Gandhi’s message of Satyagraha – the force that is generated through adherence to Truth,” said Yswara’s founder and CEO Swaady Martin.

“Gandhi had strong views on food and drinks and adopted a minimalistic approach to diet intake. To respect Gandhi’s views, we imagined a brew he would enjoy and created a wellness herbal tea blending warm spices with fragrant verbena from Malawi,” said Edna Oberholzer, general manager of the Satyagraha House and Museum. Following the initial launch in South Africa, there will be an international launch in Paris today, said Fabrice Dabouineau, CEO of Satyagraha House and director of the agency Voyageurs du Monde Africa, which set up Satyagraha House in 2007.