Having beaten Royal Challengers Bangalore and then the Mumbai Indians, Kings XI Punjab continued their run of getting the better of IPL 2020 heavyweights with a comprehensive win over table toppers Delhi Capitals in Dubai on Tuesday.

Prithvi Shaw had a dream start to the IPL but has had a nightmare run for the last few matches with scores of 4, 0, 0 in the last three games. Tuesday night proved no different as the Delhi opener struggled to connect bat and ball, eventually falling in the 4th over to Jimmy Neesham for 7 off 11.

The hero of the night for Delhi was Shaw’s opening partner Shikhar Dhawan. Starting with a four and a six off Glenn Maxwell in the first over of the match, Dhawan guided Delhi past 50 in the powerplay, along with Iyer.

Iyer and Dhawan did a good job of rebuilding the innings with a 48-run partnership before the skipper was sent packing by Murugan Ashwin in the 9th over. Delhi 73/2.

🎶It's magic, it's magic,
He's got the wicket we need ✨@AshwinMurugan8 works his magic to bring an end to Iyer's innings 🎩#SaddaPunjab #IPL2020 #KXIP #KXIPvDC pic.twitter.com/QqQBfOA71u

Rishabh Pant was back in the side after sitting out a few matches with a hamstring injury but he failed to produce any middle order heroics, falling to Maxwell for 14.

All of Delhi’s hopes of a competent total rested with Dhawan and the man delivered.

Heading into their previous game against Chennai Super Kings, Dhawan had not scored a single T20 century. At the end of the match against Kings XI Punjab the opener had scored two in two games.

His fifty came off 28 balls before he powered his way to his second consecutive ton in 57 balls, becoming the first batsman in IPL history to score back to back hundreds.

Delhi looked set for a big total had there been any support for Dhawan at the other end. But that was not to be.

Marcus Stoinis and Shimron Hetmyer failed to produce the big shots they are capable off and Mohammed Shami’s exceptional death overs bowling prevented DC from piling up the runs.

Shami gave away just 13 from his last two overs and also got the wickets of Stoinis and Hetmyer.

Delhi knew they had their task cut out for them especially with Orange Cap holder KL Rahul and third highest run-getter this season Mayank Agarwal starting off proceedings for Punjab.

Axar Patel got dangerman Rahul early, sending him back for 15 off 11 balls in the 3rd over.

Chris Gayle then proceeded to smack Tushar Deshpande for a flurry of boundaries with three fours and two sixes. Many questioned the decision to not use Ravichandran Ashwin against Gayle with the bowler having dismissed the West Indian four times in ten T20 encounters.

When Ashwin was eventually brought on, he got rid of Gayle with his second delivery for 29 off 13 balls.

When Agarwal was run out in the same over, Delhi suddenly looked like they were back in the game with Punjab at 56/3 after 5.5 overs.

However, Nicholas Pooran had other ideas and together with Maxwell, he ensured that Punjab had a smooth path to the finish.

Deshpande’s terrible evening continued with Pooran smashing him for 6, 4, 4 off three consecutive balls in the ninth over.

A brilliant half-century for @nicholas_47 off 27 deliveries.

Maxwell and Pooran had brought the equation down to 45 off the last eight when Kagiso Rabada was reintroduced into the attack.

He delivered immediately with the wicket of Pooran who fell for 53 off 28 balls.

However, it was too little too late for Delhi with Pooran and Maxwell having added 69 runs in 40 balls.

Rabada managed to dismiss Maxwell as well for 32 off 24 balls.

However Deepak Hooda and Jimmy Neesham had no problem taking Punjab home with 1 over and 5 wickets to spare.

That's that from Match 38, #KXIP win by 5 wickets with one over to spare.#Dream11IPL pic.twitter.com/75alhy5y2k

Despite his team losing, Dhawan was named Man of the Match.

Kings XI Punjab are now fifth on the points table with eight points from ten games.

Thriller in Dubai as Kings XI Punjab beat Mumbai Indians in not one, but two Super Overs 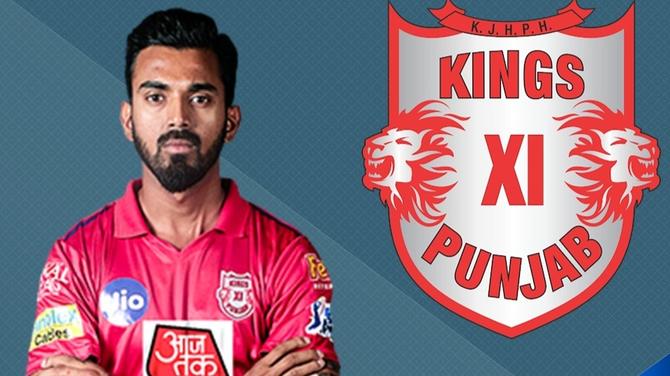