For the second consecutive year, the National University of Singapore was named Asia's top university according to the Quacquarelli Symonds (QS) World University Asia Rankings 2020. Its compatriot Nanyang Technological University rose to second, displacing the University of Hong Kong (third). 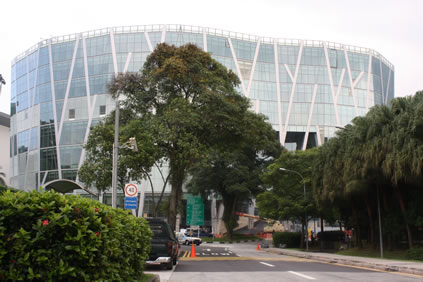 “Singapore reaps the benefits of investment and internationalisation, while other systems across the continent strive to emulate it,” a QS statement read. Photo courtesy: Flickr

QS ranked the continent's 550 best institutions from 18 locations according to an eleven-metric methodology.

“Singapore reaps the benefits of investment and internationalisation, while other systems across the continent strive to emulate it,” a QS statement read.

India saw 96 universities, including 20 new entries, make the list but none placed among the top 30; The Indian Institute of Technology Bombay is the top performer, placing 34th regionally.

“The Indian higher education system has grown exponentially over the past decade. The number of universities has nearly doubled, and the number of colleges has grown by 50 per cent,” Ben Sowter, Director of Research at QS, said.

IIT Bombay is the best Indian university in the ‘Academic Reputation’ indicator, ranking 32nd in Asia in this dimension. IIT Delhi (34th) and the University of Delhi (50th) are next.

India also dominated the ‘Staff with PhD’ indicator with seven institutions achieving the perfect 100.00 score, tied for the top spot in this metric.